We need volunteers to join the Military Appreciation Day Committee.

The positions to be filled are:

Work with Chair Steve Muir to lead the Neighborhood Captains in fund raising.

3. Publicity Work with Photographer John Muuss to develop media releases for local e-newsletters, prepare news release thanking sponsors for their support. These articles would be for release to the Port Pilot Newspaper and Cat-Tales magazine. 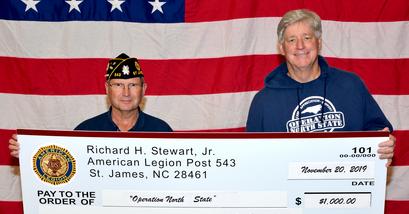 ​Thanks to the sponsors of our annual St. James Military Appreciation Day Golf Tournament

​OF YOUR VA MEDICAL RECORDS

WREATHS FOR THE FALLEN 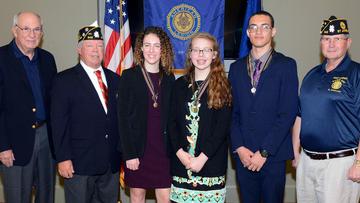 ​​These ads ran throughout the 2019-2020 holiday season to thank all who serve.  The ads were made possible through the generosity of the Southport NC State Port Pilot Newspaper. They are the prize for winning the newspapers 2018 Cookie Bakeoff.

In addition to help from parents and teachers, each student had been coached extensively by Post 543 Member and Deputy District Commander Mike Fegan and Post Member Jim Hilty who also served as contest organizers. A number of Post Members were also on hand as time keepers, tabulators, contestant and judges escorts, door keepers and photographers.

As winner of the Post competition, Russ will now proceed to the District contest to be held on Saturday January 18 at the St. James Community Center.

​​​​Post 543 recognized families with relatives on active duty with the presentation of Blue Star Flags to be flown ​outside their homes. 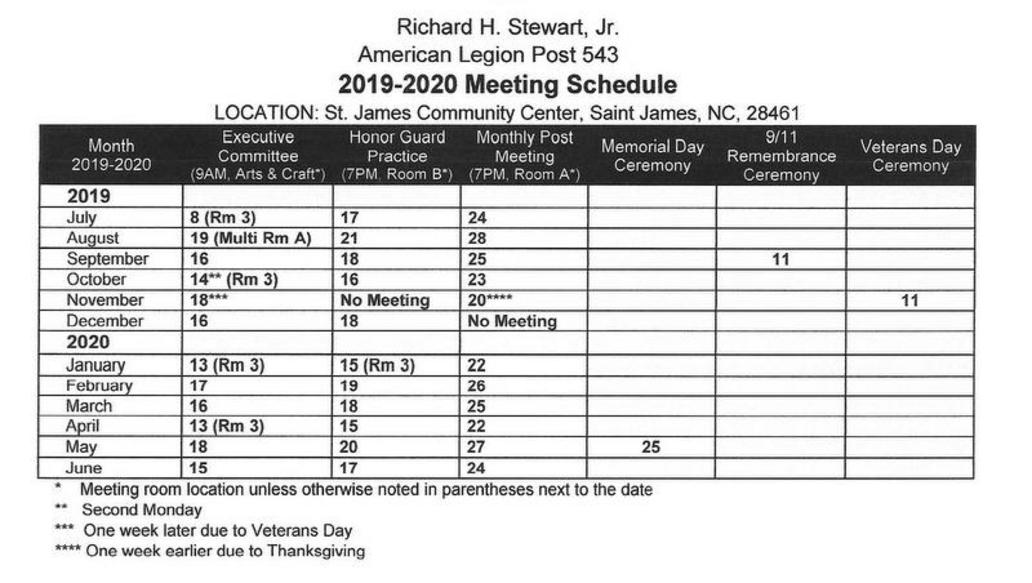 100th Anniversary of the

CLICK HERE TO CONNECT TO THE  QUARTERLY NEWS-LETTER PUBLISHED ​BY THE WINSTON-SALEM OFFICE OF THE VA.